Funeral Service for the late Evangelist Rev’d Dr. Dorothy Pamela Bain age 71 years of Lake Cunningham Estates and formerly of New Bight, Cat Island will be held on Saturday 9th February, 2019 at 11:00 a.m. at Church of God Auditorium, Joe Farrington Road Officiating will be The Administrative Bishop for The Church of God Bahamas and Turks and Caicos, Bishop Dr. Moses A. Johnson assisted by other ministers of the Gospel 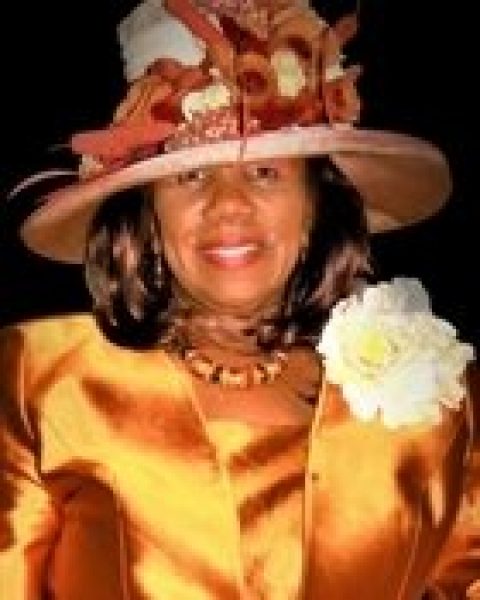 Evangelist, Reverend Dr. Dorothy Bain is a household name in the Bahamas. Besides being a phenomenal mother, she was a beloved nurse, renowned business woman and most notably a passionate evangelist. A native of New Bight Cat Island, Dr. Bain was born to doting parents Athreal and Louise Gilbert on Tuesday 6th. January 1948. As the second of 10 children, she learned responsibility at a very early age which fostered her keen sense of autonomy and ingenuity. Scholastically, Dr. Bain was a force to be reckoned with. As an enthusiastic pupil, she clinged to the strong value of education instilled by her parents. Once her secondary education was completed, she traded in the ‘out island’ life to pursue a lucrative career in Nassau. In 1965, Dr. Bain enrolled in the Nursing school program at Princess Margaret hospital where she received formal training. She was a devoted nurse who took her job very seriously. Her philosophy of earning an honest day’s wage governed her work ethic and commitment. Dr. Bain’s heightened compassion and generosity made her an instant favourite with her patients who often sang her praises at chance encounters outside the hospital walls. Despite her love for her profession, Dr. Bain felt a strong obligation to attain a more comfortable life for herself and her children. Around 1986, she succumbed to her entrepreneurial proclivities and began a ‘side hustle’ selling feather flowers from the trunk of her car after her PMH work shift. At some point, the feather flowers evolved into nurses uniforms, men’s clothing and finally into women’s clothing, the genre in which she found her niche. In 1988, on a leap of faith she opened her first store on Nassau Street which she appropriately named ‘Fashion Trap’. By 1994, Dr. Bain’s savvy business skills had landed her 3 successful stores at prime locations around Nassau. At this point, she tendered her resignation as a registered nurse to work full time in her thriving business. Despite all her financial success, Dr. Bain’s life came full circle the day she filled the spiritual void within her. In 1998 she accepted Christ as her personal Saviour, and simultaneously the call on her life to be an evangelist. Dr. Bain embraced God’s plan for her life with 100 times the enthusiasm she did her business. She was steadfast and unrelenting, embracing her family’s roots in the Church of God denomination. Dr. Bain’s fervor for the Gospel and the things of God was unparalleled. In 1999, just a year later she attained certified Evangelist and Evangelism trainer credentials. In 2002 she served as the Central District Evangelist for Church of God Bahamas and Turk & Caicos Islands, a position she held for 2 years. In 2003, Dr. Bain enrolled in the Church of God’s Ministerial Affirmation Program. In April 2004 she became a National Evangelist of the Church of God Bahamas and Turks & Caicos. She received her Exhorter’s License in 2005 and soon after in 2006 attained her Chaplin and Grief Counsellor certification from the Church of God Ministerial School in Cleveland Tennessee. In recognition of her social contributions and work in the community, Dr. Bain received an honorary doctorate from the Virginia Seminary School in 2010. In 2014, she became an ordained Minister in the Church of God. Up until her passing she led the Benevolence Committee for the Church of God. Besides these accomplishments, Dr. Bain received the “Most Outstanding Female Evangelist” in the Bahamas award in 2005 and Church of God’s “Business Woman of the Year” & “Church Mother of the Year” awards in 2006. She has preached and evangelized in the company of legendary international tele-evangelists; Mark Chironna and T. L. Lowery.

Dr. Bain’s mantra was to win the loss at any cost. She went on the highways and byways to do just that. There was no area of the Bahamas too poor or too rich to receive the goodness of the Gospel. To her every soul was important and worth saving. She was committed to her radio program ‘Stay Focus on Jesus’ where every Thursday at 11am she preached the unadulterated Word of God on 107.9 FM. Her generosity extended as far as her heart did. When it came to the church, especially the Church of God, her wallet had no end. Those around her in need also experienced her boundless generosity. This is overflowed into the Benevolence and Park Ministry where she and her team would distribute food, clothing and gospel tracks in the less fortunate communities in Nassau. Dr. Bain was heartbroken by the despair and the shoddy living conditions she saw people were living in. Evangelist Dr. Dorothy P. Bain’s Outreach ministry also extended to the Cicely Ward at P.M.H as well as to Her Majesty’s Prison in Fox Hill. She was a blessing to the inmates and encouraged them despite their unfortunate circumstances.

Evangelist Reverend Dr. Dorothy Bain has lived a full life filled with so much accomplishments that there’s not enough pages to fill. She led by example everyday putting God first and focusing on the great commission to preach the Gospel everywhere. She has left an indelible mark on our lives; one that will remain with us forever.

Funeral Service for the late Evangelist Rev’d Dr. Dorothy Pamela Bain age 71 years of Lake Cunningham Estates and formerly of New Bight, Cat Island will be held on Saturday 9th February, 2019 at 11:00 a.m. at Church of God Auditorium, Joe Farrington Road Officiating will be The Administrative Bishop for The Church of God Bahamas and Turks and Caicos, Bishop Dr. Moses A. Johnson assisted by other ministers of the Gospel. Interment will follow in Lakeview Memorial Gardens, John F. Kennedy Drive.