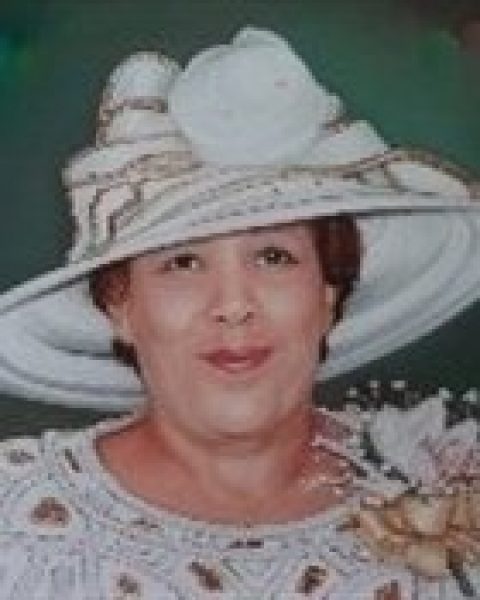 As a Baby… In the month of May, in the year 1934, Florence Eulee Carey was born in the beautiful seaside settlement of Tarpum Bay, Eleuthera to the late John and Alice Carey. She was the first child and only daughter of four children. She loved her brothers Michael, Robert, and Ted, all of whom preceded her in death.

As a student… Eulee attended the all-age elementary school in Tarpum Bay, Eleuthera until the age of 14 when she matriculated to Bahamas Academy in Nassau. In the 1950’s she travelled to New York where she lived in Queens and attended the New York School of Business, majoring in Secretarial Science with an emphasis on Stenography.

As an Employee…Eulee was an excellent Secretary who worked in different ministries of the Bahamas Government. One of the highlights of her career was being the Secretary to the late Sir Milo Butler in the Ministry of Labour. She worked with Sir Milo for a number of years before she moved with her husband to Mandeville, Jamaica where he enrolled at West Indies College to study theology. When she returned to The Bahamas in 1975, she was engaged by the Ministry of Education where she worked until her retirement. She spent many productive years at Preston H. Albury High School in Rock Sound, Eleuthera and then at South Andros Senior High School in Kemps Bay, Andros and then finally, after her late husband’s death, at the Learning Resources Unit of the Ministry of Education.

As a wife…Sister Eulee met Hugh Scavella in the early 1950s at Bahamas Academy. Nurse Wood, with whom Eulee lived when she attended Bahamas Academy, and Elizabeth Somellian, who was Hugh’s Aunt, thought Hugh and Eulee would be a “good match” and started “playing match maker”. After a short courtship, Eulee married Hugh Lasandra Scavella on June 20, 1960. They had 25 years of love and partnership together until Pastor Hugh passed away on October 16, 1985. Their union produced four beautiful children: Florence Renee, Christine Alice, Tanya Rochelle, and the “prince”, Hugh Audwyn.

As a mother…Sister Eulee was always a loving, caring, and devoted mother to her four children. Nothing was too good for them, and she worked very hard to ensure that they had the best life possible. After her husband’s death, Eulee was singularly focused on ensuring that Tanya and Audwyn completed college. She wanted them to become productive members of the community as Renee and Christine had done.

As a grandmother… Grandma Eulee doted on her grandchildren and would do whatever she could as a grandmother for them. Although Grandpa Hugh did not have the opportunity to see his grand children, Grandma Eulee represented them both so well. She was at the birth of each grandchild and was happy to “babysit” whenever called upon. She loved Malcolm (MJ), Michael, Antonio, Ashley, Jade, and Amber so very much.

As a church officer… Sister Eulee held many positions in her church, particularly when she lived on the family islands and had to support her husband in his ministry. In the Centreville Seventh-day Adventist Church, she served with dignity and efficiency in such capacities as Sabbath School Superintendent, Hospitality/fellowship leader, women’s ministries leader, deaconess, and choir member.

As a baker…Everyone knew Sister Eulee for her tarts (coconut and pineapple), bread, cakes, and other pastries. Sis Eulee was an avid baker, and loved to bake for recreation as well as additional income. She was a thrifty business woman who knew the value of money, and knew how to save it. She was highly industrious and resourceful, and she invested wisely.

Sister Eulee’s motto in life was “If I can help somebody as I pass along, then my living shall not be in vain.” She helped many people in her life, making her motto a reality.

After leading a very full and active life, Eulee was diagnosed with Alzheimer’s disease in 2003 and endured a long debilitating illness. However, she bore her afflictions with grace and dignity. On the June 27, 2013, Eulee was called to her rest by the Great Comforter who she had served so stalwartly in life.