Halson, Mother Butler, Ms Butler – our own Aunt Hallie – was born in The Pond, Nassau, on December 31st, 1921. She was always took delight in being an ‘old year baby’. The 10th and youngest child of George Israel Raleigh Butler and Frances Manesta Butler 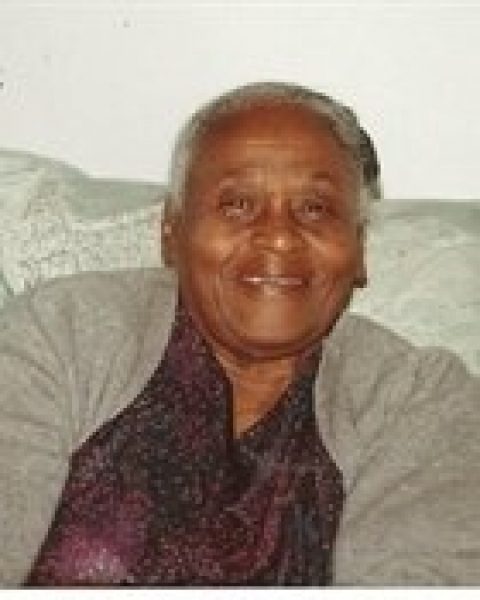 Halson, Mother Butler, Ms Butler – our own Aunt Hallie – was born in The Pond, Nassau, on December 31st, 1921. She was always took delight in being an ‘old year baby’. The 10th and youngest child of George Israel Raleigh Butler and Frances Manesta Butler, nee Thompson, two Godly, community and politically-minded parents, she was christened Alison Geraldine Butler at St. Matthew’s Church and grew up in the Anglican faith.

Halson was two years old when her father died. Mother B, as her mother was known, faced the economic and social challenges of bringing up her family by moving to Miami, Florida, with Halson’s oldest brother, Milo – the late Sir Milo Boughton Butler – who embraced the siblings as surrogate father. They attended St.Agnes Episcopalean Church in Miami. Halson was nurtured in a giving, loving and caring family, steeped in the Christian ethic. Her mother was a committed Methodist and on their return home to the Bahamas she continued a strong member of Ebeneezer Methodist Church. Thus Halson, like her siblings, grew up with strong ties to both the Methodist Church and Anglican Church.

As a child Halson was taught the importance of putting God first in life, of helping and standing up for the homeless, the helpless and the downtrodden. She lived the ‘Golden Rule’ as she witnessed daily her mother and other family members preparing large pots of food so that there would be enough to offer the less fortunate, finding clothes and other necessities to hand out to the many needy persons who would present to their home. She was exposed to thoughts and discussions of the many activists, politicians of her time who visited her mother and older siblings. Her mind was stimulated on many fronts.

Halson attended Sands Preparatory School, Eastern Junior School – also known as Worrell School – and then Eastern Senior School. On leaving school, she worked in the family business located on Bay Street and at an outlet located on Market and Bay Streets. These locations were managed by her mother, Frances. An industrious and creative woman – a true entrepreneur – Mother Frances Butler was one of the pioneers in the straw vending business and also sold a line of jewelry made from sea shells, coconut shells and other local materials. Mother Frances Butler was active in formation of The Mothers Club, along with other stalwart women, The Young Women’s Christian Association (YWCA), The Young Men’s Christian Association and the Silver Bells. Halson and her sibs were indeed imbued with the principle of being responsible members of their community from early on.

From youth, Halson began her day with prayer then assiduously completed her home chores and school work. Much was expected of all. The evenings were filled with productive and developmental activity. The day was completed by prayer. At an early age she dedicated her life to The Lord and dreamed of becoming a nurse to serve and care for others.
Halson loved and was well loved. She put this worldly love aside to care for her ailing mother and was faithful to the end. In the interim she apprenticed in nursing at the Princess Margaret Hospital.

Upon Mother Butler’s death, Halson worked in the family business with her sister-in-law, the late Lady Caroline Butler. She was encouraged and then pursued her nursing studies abroad in London, England. Long, trying hours were alleviated by the presence of family and friends in that far place. The belief that “Prayer changes things” gave her strength and the ability to move on. Vacation time was spent traveling throughout Europe and Africa. Hers was an adventurous spirit, always of the bent ‘Let’s go!’

On return home to the Bahamas, Halson continued her nursing in the private-duty sector. She thus had the opportunity to serve in some of the family islands. Patients and families always sang her praise and were truly appreciative. She cared.

Aunt Hallie assisted, without hesitation, in the rearing and nurturing of nieces and nephews, and then the grands. Her energy, spirit and sense of humour were limitless. She lived and loved without guile. We, the nieces and nephews, had the privilege of calling her “Hallie”, with all the respect tied therein.

Halson gravitated toward her sister Mary, who along with their niece Edna started a Pentecostal Church and Mission for distressed females on Carmichael Road. Halson soon realized that her calling was to the ministry and gave her all at the Mission.

When her niece, Sister Edna Butler was called to pastor a church in New York, Halson assumed the role of leader at the Alpha Omega Pentecostal Church on Carmichael Road. The lost and the needy were her every breath.

Subsequently she moved to Hawksbill, Grand Bahama where she saw to the nurturing, caring for, giving hope and heart to a myriad of children, teens and adults. She held strong to her faith as she toiled to provide spiritual guidance, basic physical needs – shelter, food, clothing, health-care – and love. She was often heard to say “God will provide” as she prepared and sold school lunches, ran a Mission store, and foremost provided succour to all. Plumbers, electricians, community minded men and women, family all lent a hand to this humble woman. We know that we have all been blessed. We thank her for enabling us to help her do what she did best – Give thanks to God. “As the Lord leads” propelled and sustained her.

Her home family – Mrs. Cartwright, Mari and children, Jevon, Germaine, Wilfred, Sheryl and Frankie, to mention a few – were cared for. They were blessed. Many others became part of her life and ministry. Mama Lou, her soul sister, was saved and loved in the Lord.

Aunt Hallie was a member of The Church of God of Prophecy, Hunters, Grand Bahama. She traveled to New York and Baltimore to renew her mission energies and to church summer camps at times with some of the children. She was never still in enlarging and strengthening her Faith.

Aunt Hallie never lost her enthusiasm for adventure and travel. In later years The Holy Land was visited. Nigeria welcomed her when Pamela lived there. She traveled to Senegal with Marion, Alfred, Bishop Ben Ferguson for Ethelore and Alhaji’s wedding. She was always a physical and questioning support, not simply a touristic-traveler.

Hers was a life of loving and ministering to people. Her principles and love of God sustained her. She shared these with all she met. Humility was her strength.

With increasing age, Aunt Hallie was unable to carry on the duties of and meet the rigors of the Mission in Freeport. She relocated to the Mission on Carmichael Road. This Mission was destroyed by fire and Aunt Hallie found a home with niece Rose. She enjoyed the company of Rose’s mother, Mrs. Taylor. This period in her life was followed by life with her niece Pamela in Freeport where old acquaintances were renewed.

Aunt Hallie always wanted to return to the Mission on Carmichael Road. She had done much for all, and through the efforts of nieces and nephews a new house, to be called ‘home’ was built for Aunt Hallie at the Carmichael site. When struck down by a debilitating stroke in 2006, Aunt Hallie did not complain, but could be heard to constantly whisper, “Praise Him, Praise Him!!”

Caretakers have throughout been instrumental in assisting her. We thank Icilda Ferguson, Elma Seymour, Carlene Graham, Bianca Rahming and Nurse Renee Roth, amongst others, for their caring. We are grateful to niece, Rubie, for her ongoing oversight, efforts and care, and to nephew, Kendal, for his faithful weekly Saturday periods of song and prayer. To all those who have been a part of Aunt Hallie’s life, we say that we have been blessed. Give thanks to God. 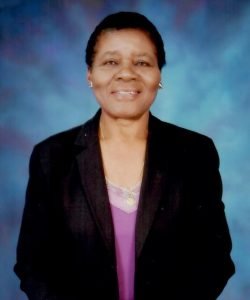 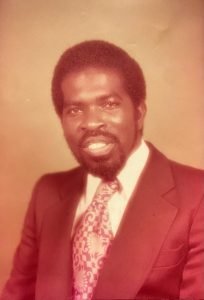 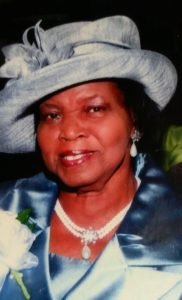