Trixie Wilhelmina Hanna nee Burrows was the sixth child of seven born to Lorenzo Burrows and Ellen Turnquest Burrows at Lower Deadman’s Cay, Long Island. On March 1, 1931 she very gracefully entered the scene of life, with a predisposition for beauty, style and charm. 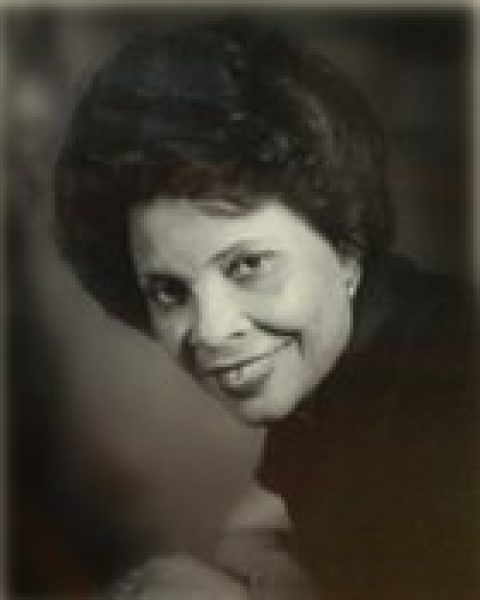 The Rose Buds – within the mystery hidden, about the thorns, though given, hinders not – The Rose Buds…..

Trixie Wilhelmina Hanna nee Burrows was the sixth child of seven born to Lorenzo Burrows and Ellen Turnquest Burrows at Lower Deadman’s Cay, Long Island. On March 1, 1931 she very gracefully entered the scene of life, with a predisposition for beauty, style and charm.

As though kissed by heaven to be ever reminded of her royalty, Trixie Wilhelmina lived a naturally pampered life from an early age, as described by her surviving siblings. She was coddled at home by her mother, and on the weekends, Wilhelmina, as the school master insisted on calling her at Buckley’s All Age School, was further reassured of her sense of importance by her Godmother.

Deep within her from childhood was therein planted the uncommon stuff which by design would lead to an uncommon life. This fueled a yearning therefore, to leave the rustic and restricted environs of Long Island, a family Island, for more of life, although unknown. And in her mid-teens when opportunity like deliverance came, she left her native home – first for Whale Cay where she cared for her sister, Virgie’s children, and then for New Providence to fully come into her own – returning to the Island of her birth, later in life, only to bury her parents.

The Bud Opens – shrouded in sweet fragrance, allowing but a glimpse, the tightness of the rose’s splendor pops – The Bud Opens ….

New Providence brought for the young teen, Confirmation at St. Agnes Anglican Church as a testament to her first and foremost commitment to her God, by the same hands which had ironically, Christened her at St. Athanacious Anglican Parish in Long Island – those of Father George Pyfrom. But the hands of another Anglican Priest while yet a fireman would await to change the course of her life as babysitter to her brother, Hinton’s children.

And so the story goes that on a fateful afternoon while walking through the historic “Valley” with her niece Gracine, Trixie adorned with style and grace, at first glance became a distraction to young Howard Hanna who was outside building his first home on the corner where Mount Royal meets Hampton Street. Then, like those streets, the walk turned into several bicycle rides, the two became best friends, and the house became a home, when in October 1949, the two were married, becoming one.

Queen now to a handsome fireman/policeman who pampered and loved her as she had been born to and was royally accustomed to, Trixie, a young wife began to unfold through her ambition. In the daytime, she worked at Heastie’s Laundry while at night she demonstrated her determination to translate her beauty into a career in cosmetology, by attending the Wilhelmina Saunders’ Evening Institute. Upon graduating, the young wife and ardent student became an entrepreneur – opening and owning her very own beauty shop, called “Trixie’s” which would prove a success for decades.

It was not long into marriage that the happy couple decided to expand. The style, the grace, the beauty inherent in Trixie found their way into the world again through her greatest accomplishment – two daughters. Paula Maria and Bernadette Joan made a family of the well loved couple and throughout life became the best friends of their Mother. They were equally the apples of Trixie’s eyes. Paula eventually, as the greatest emulation, followed in her Mother’s footsteps into cosmetology. Bernadette made her mother proud as Accountant and Attorney, and then as the quiet strength behind a husband destined to lead his Country.

Trixie’s unfettered ambition eventually demanded more from her, pushing to the threshold of greatness to be the best in her field – becoming a Doctor of Cosmetology. But there was nothing more important to Dr. Trixie than ensuring that she instilled good values in her two daughters, and that they went on to be upstanding citizens.

Her daughters now stand as the greatest symbols of her example. They have given her grandchildren: her eldest grandson Shane has been her personal chef, chief security, and stand-in care giver; Steffan who constantly sought her wise counsel and kept her stimulated with his dry wit and politically-laced humor; Alexandria, her only granddaughter, whose music will carry the beauty of Trixie’s spirit across and around the World; and then Adam who found her every morning and evening on her throne to shower her with hugs, kisses, and questions. Paula has also given her four beautiful great granddaughters, Ashleigh, Savannah, Amber, and Saij.

The Petals Bow – though holding firm to the glory of first essence, they point no more erect toward the fullness of life – The Petals Bow

Life, though grand, was not without its heartaches and challenges for Trixie. Yet in the midst of her worries and woes, she never was defeated by her troubles. She loved people, she became a mother to the motherless, a grandmother to the grand-motherless, and a friend to the friendless. In her later years she used the gift and fellowship of card and board games to bond with any and all who took the time to have their “ninnies” mashed. There was no trouble stronger than her love. To Trixie, beauty, true beauty was within and without and could be drawn from the lives of all who knew the depth of her love.

Hers was a tough love with little room for drama but her love was real and true. By the time she said farewell to Father Howard in February of 2004, she found herself surrounded by a grateful extended family, eager to return to her a little of the love she had given them. And they came from far and wide for happy times, games, and good laughs. Becoming Head Manager and number one fan to Alex242’s musical pursuits also awakened in her a new enthusiasm for life. Yet the heartache of losing her best friend and life’s love was silently lingering.

Her heart was fighting to heal, and her body was beginning to tell the signs that all was not well.

Over the past six months there was more and more indication, that Trixie’s health was on the decline. She often told her friends and loved ones that her time was drawing nigh. In her own way she shared with her family and friends an overarching message – “be good and stay together.”

On last Thursday morning, the 28th of June, Trixie took what she described as a “bumpy” ambulance ride to the Princess Margaret Hospital. She was tired. She had come to know some of the details of her illness. Yet she fought. She held on long enough for Alexandria to come from Los Angeles to say goodbye.

However, on Tuesday morning at 6:50 a.m. her Heavenly Father decided it was time to call his Princess home. He had never created her to know much suffering or discomfort. God Himself had ensured that she had been pampered throughout her life by her Mother, Godmother, Husband, Daughters, Grandchildren, Great Grandchildren, and Friends. And with the same sense of style and grace which heralded her entry to this Earth, surrounded by her family and closest friends, she slipped into eternity.

She has gone now to rejoin her Maker and her true love, Howard – but her fragrant beauty will linger with all who came to know her.